Change your life with perfect health care – Fitness-Studion1
Home Health & Fitness What Do Cannabis and Skunks Have in Common?
Facebook 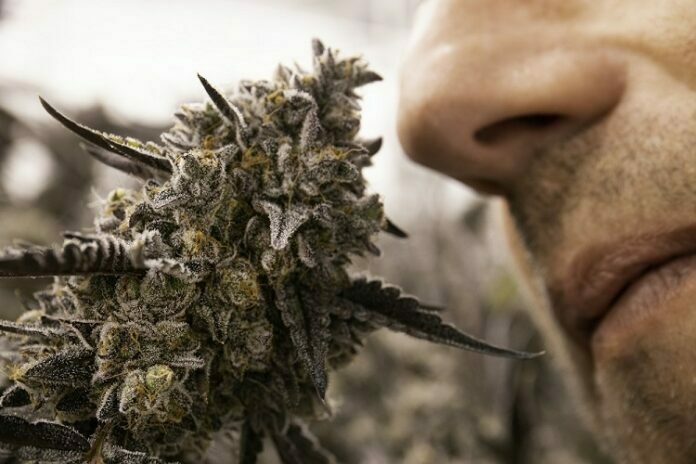 Here is an interesting trivia question for you and your cannabis-consuming friends to discuss over your next dinner party: what do cannabis and skunks have in common? If you are an experienced consumer, you probably know the answer right away. The one thing they have in common is their skanky smell.

It turns out that unprocessed marijuana buds smell a lot like the spray skunks emit when defending themselves or marking their territories. However, not all marijuana cultivars smell the same. Creative genetic breeding has even eliminated the skanky smell in some types of plants. Whether or not breeders understand the science behind it is unclear.

1. What Gives Things Their Odors

The first step in understanding the skanky smell of both marijuana and skunk spray is understanding what gives things their odors to begin with. Every natural substance that emits a smell is also emitting what are known as volatile organic compounds (VOCs). It is the molecules in those VOCs that trigger the olfactory system.

In cannabis plants, you have both VOCs and volatile sulfur compounds (VSCs), along with terpenes. VSCs are a subset of VOCs, by the way. Despite terpenes being more voluminous and odiferous in cannabis plants, there are two VSCs that make a difference: VSC6 and VSC7.

Apparently, these two VSCs have never been found in plants prior to being discovered in cannabis. It is believed that they are responsible for giving cannabis its slightly sulfuric smell which, as it happens, is similar to the smell of skunk spray.

A skanky smell is obviously one of the downsides of using cannabis. And it doesn’t really matter whether you use it medically or recreationally. You do not want the skanky smell permeating your home. Fortunately, products like edibles and tinctures can be consumed without producing any odors. The downside is that the effects of the drug take a lot longer to kick in.

Smoking and vaping are still the preferred consumption methods among most users. So to make them happy and simultaneously eliminate skanky orders, cultivators are looking for ways to change the formula. By breeding and crossbreeding, they are hoping to isolate certain VOCs and VSCs and remove them from the plant’s genetic makeup.

Terpenes and VOCs are the same compounds that give essential oils their unique order profiles. Cannabis cultivators and processors are seeking to do with their plants and products what essential oil manufacturers have been doing for years. By developing new profiles, they control what products ultimately smell like.

Are you a regular cannabis user? If so, does the skanky smell of unprocessed buds or burning flower bother you? Do you use noncombustible and non-vaporizing products simply because you don’t like the smell? If so, the end of that skanky smell might be in sight.

Cannabis smells the way it does because it contains VOCs similar to those found in skunk spray. But terpenes occur at much higher volumes and have stronger odor profiles. Now that we know this, cultivators and processors can begin looking at ways to minimize the offending VOCs while maximizing more pleasant terpenes.

Who knows? Tomorrow’s cannabis cultivars may end up smelling as good as bacon or freshly brewed coffee. Then again, those two odors might be just as displeasing to you.

What Are The Responsibilities Of A Family Nurse Practitioner?

CBDs Are Like A Bear Hug to Our Nervous System

A Brief Explanation of Pilates